What is Metabolism, Really?

You have probably seen the headlines and advertisements say, “Boost your metabolism” or “Try this high-metabolism diet.” But what exactly do they mean by metabolism? If you are like many people, you vaguely remember learning about metabolism in your high school science class and might recall that it has something to do with converting food into energy. You probably realize that metabolism is a much more complex process, of course, but you still might have blamed a slow metabolism when you were trying to lose weight. You may have even looked into weight loss programs that promise to boost your metabolism.

The first step is to understand what metabolism is. Next, you need to know how you can really boost your metabolism through light therapy.

What Metabolism Really Is

Metabolism is an umbrella term that covers all of the processes necessary to maintain life. It is the process by which body cells convert nutrients (food) into energy.

Healthy professionals describe the amount of energy gained in food or burned through function in terms of calories. A banana contains about 100 calories, for example, and walking at a brisk pace for 20 minutes would burn about 100 calories.

Fortunately, your body burns calories even when you are just sitting quietly, doing nothing—your heart burns calories as it pumps blood, for example, and your digestive tract burns calories digesting food. Health professionals refer to the calories your body burns while at rest as basal metabolic rate (BMR). Many factors influence BMR, including sex, height, weight, and genetics. The typical 35-year-old woman who is 5’4” and weighs 140 pounds has a BMR of about 1400 calories a day. This means that, if this woman ate 1400 calories each day and sat completely still, she would neither lose nor gain weight.

Metabolic rates can vary between people, and researchers are still learning why. Two people of the same size and body composition can have different metabolic rates, so that one person can eat anything and everything but not gain weight and the other one has to count every calorie to avoid gaining weight.

Physical activity burns calories, of course, which is why exercising helps us to lose weight. But sometimes exercise is not enough to cause meaningful weight loss. That is where many fad diets promising to change your metabolism come in. The problem is that they just don’t work because they don’t improve the way your body cells metabolize food into energy.

Unlike many other approaches to improving metabolism, laser therapy actually improves the way cells use energy. Laser therapy uses the power of light to boost energy production and use inside body cells.

Laser therapy devices emit specific wavelengths of light, commonly at 810 nanometers (nm), 980nm, and 1064nm. Depending on the wavelength used, the light penetrates to different depths below the skin. As the treated cells absorb the light, the light excites production of mitochondria, which is the part of the cell scientists refer to as the “powerhouse” of the cell. Mitochondria convert nutrients from food into power the cell can use to function. In other words, using laser therapy  on muscle cells can improve the capacity of those cells (and the muscle itself) to work. Research shows that light therapy can increase muscle mass. In a 2016 study of identical twins, researchers found that applying light therapy to leg muscles right after working out increased muscle mass.

Laser therapy can also improve muscle performance, which allows you to exercise longer and with less pain or risk of injury. Research shows that undergoing light therapy immediately after performing leg presses could increase muscle performance.

Using laser therapy can even quiet hunger pangs by controlling the levels of leptin and ghrelin, which are hormones responsible for regulating appetite. Results of a study published in 2012 found that light therapy reduced the levels of these hormones by 19 percent.

Light can also reduce insulin resistance, which is a condition that prevents body cells from absorbing glucose from the bloodstream. Insulin is a hormone that works like a key to “unlock” body cells so that glucose can get inside; without insulin, the glucose continues floating around in the bloodstream until the body converts it to fat. In a 2015 study, 64 obese women participated in a program that combined aerobic and weight training exercise with light therapy. The authors of the study measured the participants’ insulin levels, and found that adding light therapy to an exercise program reduced insulin resistance—the combination also reduced fat in the treated area by 5.6 percent.

Find an Aspen Laser Provider Near You
FacebookTwitterLinkedInEmail 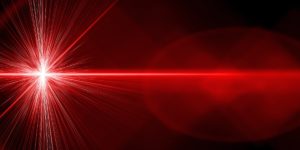 What is High Intensity Laser Therapy? 10 Reasons to Add Laser Therapy to Your Practice in 2021